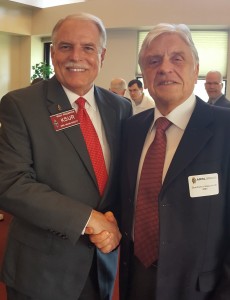 In comments filed on May 26, the ARRL said it “strongly supports” a petition to the FCC seeking to eliminate an Amateur Service rule, spelled out in §97.317(a)(2), that amateur amplifiers not be able to boost the RF input signal by more than 15 dB. The Petition for Rule Making (RM-11767), was submitted in April on behalf of an amateur amplifier distributor, Expert Linears America LLC of Magnolia, Texas.

“The Petition proposes relief that is in the nature of eliminating unnecessary regulatory underbrush, and it continues an effort started by the Commission on its own motion in 2004…to do precisely that,” the ARRL said in its comments. “The rule proposed to be eliminated is outdated; it constituted overregulation when it was adopted long ago, and it now substantially limits the flexibility of Amateur Radio operators to experiment with the current generation of software-defined Amateur Radio equipment.”

The 15 dB provision came into the rules during an era when the FCC initiated various actions to rein in a major interference problem resulting from the use of illegal 11 meter amplifiers during the Citizens Band radio boom of the 1970s. “In its effort to address that problem, the Commission enacted a series of largely redundant and overlapping regulations that, in their overall effect, unnecessarily (and inappropriately) penalized the wholly innocent Amateur Radio operators,” the League asserted. “There was created a plethora of restrictions on manufacturers of external RF power amplifiers.”

The ARRL noted that while the FCC eliminated some of the unnecessary regulations in 2004, others remain, including the 15 dB gain restriction. The rules adopted in 1978 also called for type acceptance (certification) of manufactured RF power amplifiers operating below 144 MHz, including a 50 W minimum drive power requirement and a ban on amplifiers capable of operation between 24 and 35 MHz.